The literature pertaining to clinical psychiatry in remote Aboriginal communities is small and tends not to focus on the practical aspects of how to take a history or perform a mental state examination, or the wider issues of how psychiatric practice differs in this setting. Each era has had its particular focus on Aboriginal psychiatry, often reflecting the social milieu of the times.

The first psychiatrists to write of their contact with Aboriginal people of Central Australia were psychoanalysts, less concerned with the psychiatry of the people than with the significance of their practices and beliefs for psychological and psychoanalytic theory. Roheim’sÂ The Eternal Ones of the DreamÂ (1945) and Fry’sÂ Anthropology and PsychologyÂ (1953) very much reflected the outlook of Freud in hisÂ Totem and Taboo: Resemblances Between the Psychic Lives of Savages and NeuroticsÂ (1913), which attempted to gain insights into the psyche of ‘modern man’ through analogies between ‘primitive’ practices such as totemism or subincision and the repressed complexes of the ‘modern civilised peoples’.

The 1960s and 1970s saw the development of the ethnopsychiatry literature headed by Cawte (59) and added to by Kidson (10, 13), Bianchi (11), Jones (12) and Eastwell (1415). This focused on epidemiological surveys of mental disorders in mostly traditional Aboriginal people of Central Australia, Arnhem Land and the Kimberley; attempts to reclassify the mental disorders as those of ‘traditional illnesses’ and ‘transitional illnesses’ and attempts to describe culture bound syndromes including Voodoo Death and trance-like states. There was little focus on the assessment process itself or on how to refine clinical skills for the cultural setting to obtain the optimal clinical information. However useful concepts such as the ’emic’ and ‘etic’ views of mental disorder (the explanation of the illness from within the culture and from an outsider respectively) were developed, such that ‘the emic views regulate people’s behaviours toward illness so that their views should complement and inform etic researchers’. Also of interest were the early descriptions of somatisation by traditional Aboriginal people called the ‘Dispensary Syndrome’ by Bianchi et al (11), the low reported cases of anxiety disorder, Cawte’s description of atypical presentations of depression and the descriptions of shared mental experiences amongst close relatives by Eastwell (14) – all of which resonated with my work in remote Central Australia.

In parallel with such social issues as Aboriginal land rights, the stolen generation and Aboriginal deaths in custody, there has been a burgeoning literature on Aboriginal mental health over the last ten years focusing on the social context of Aboriginal mental health problems. The issues of acculturation, anomie, the psychology of multiple losses and trauma, breakdown of family structures, substance abuse, the epidemic of suicide that arose in the 1980s and the interface of the sociopolitical forces with mental health were all explored. While the people of the remote communities are somewhat more separated from these issues than urban Aboriginals, no Aboriginal family is unaffected, and this area of literature was very helpful in developing my understanding of the predisposing, precipitating and prolonging psychosocialcultural factors that pervaded the patients and their families in my work. Hunter (1618) is the most prolific and eloquent of these authors. The Aboriginal perspective is crystallised by the personal account of O’Shane (19) and convergent experiences in other indigenous cultures overseas are described by La Fromboise and Bigfoot (20).

There is very specialised literature by Anthropological Psychologists and Linguists investigating the semantics of emotion terms in the Aboriginal languages: Goddard (21), Averill (22), Ortony (23). This furthers understanding of how anxiety, anger and sadness are expressed and described by people within the culture. In keeping with this outlook the psychiatrist Morice (24-26) has done fascinating work to use clinically the local language words for the various shades of affect states with the Pintubi people.

Pollitt (30) and Zann (31) have pointed out the need for culturally appropriate cognitive assessment tools for traditional Aboriginal people and there are early attempts at achieving this. In fact there are ongoing efforts by the WHO to arrive at a universal cognitive assessment to include all cultures including nonliterate nonwestern cultures (personal communication, Professor Scott Henderson).

Accounts of the practical aspects of clinical psychiatry in remote Aboriginal communities can be found with McLaren (32) and Cowdy (33). These were useful in describing such issues as altered professional boundaries, coping with long distance travelling, working with staff who have no formal psychiatric training and the need to be flexible and to delegate responsibility. 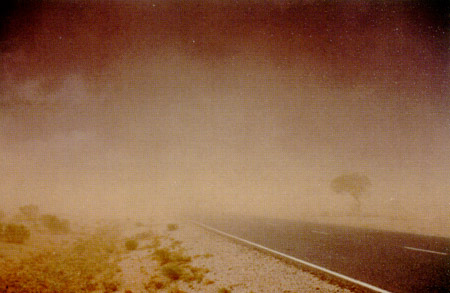 Figure 3. Dust Storms can cut visibility to zero, which necessitates pulling over to the side of the road 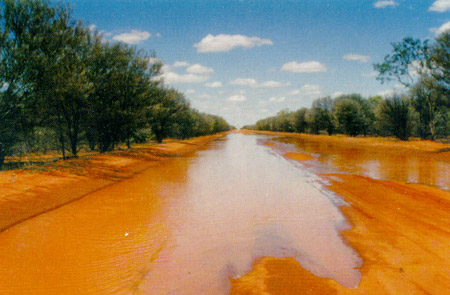 Figure 4. Flash floods can turn roads into lakes. The Tanami Road in March