Referrals are made by the Psychiatry Ward at Alice Springs Hospital when patients are discharged, community clinic nursing staff, AHWs and the three Aboriginal Mental Health Workers (AMHWs), the District Medical Officers and occasionally the Family Youth and Community Services and Disability Services. This broad range of referral sources works well in the remote setting as it may take weeks for the next DMO visit to allow a doctorto-psychiatrist referral. Also it encourages more autonomy and involvement from the AHWs and AMHWs. The clinic nursing staff were quite comfortable in referring as they are used to working with a high degree of autonomy and referring to other specialist health services.

In the remote Kimberley, McLaren (1995) accepted referrals from ‘anybody in a responsible position’ including police and prison officers, solicitors, school teachers and cattle station owners. But in my experience referrals from people outside health services did not occur except in very small communities which did not have any health personnel based there, for example the community of Bonya where the local station owners referred to us as well as being involved in monitoring the progress of patients with chronic mental illness. The relatives and other community members were as ‘responsible’ as the station owners but did not have access to the telephone or the language skills to arrange a referral.

Referrals were seldom made with the conventional referral letter, but mostly via a telephone call or other verbal request. A flexible approach to referrals that were ‘inappropriate’ in conventional terms often presented an opportunity for us to gain credibility within the community.

For example, a young Aboriginal man was referred by the AHW for no apparent reason other than having permanent neurological deficits from past petrol sniffing (which had been fully assessed medically) and which had left him wheelchair bound some years before. We responded to the referral and found no psychiatric disorder but the patient was cheered by our visit and we were able to provide some psychological support for his family carers. On subsequent visits to the community we called in to say hello. Through Western eyes, little therapeutic benefit was given to the patient through our interaction, but the community saw it as a valuable interaction and it enhanced our acceptance. So was it an ‘inappropriate’ referral after all or just a reflection that the role of a psychiatrist in a remote Aboriginal community is somewhat different, in that there is a greater need to address the community needs and concerns rather than focusing exclusively on the individual’s pathology? My fears of being asked to see a string of physically disabled people were shown to be unfounded. 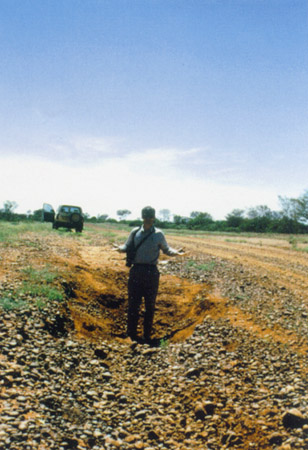 Figure 7 Washaways after rain can cause dangerous craters in the middle of the road. The road to Nyrripi.

Additionally, an AHW may not be able to articulate the reason for referral in my language or in my cultural frame. But this does not mean that there is no mental suffering at hand, so that I am loath to decline a request by an AHW to see someone even without a clearly defined ‘presenting complaint’. The only patient I declined to see was a ‘shaky baby’ of two years of age who had already been assessed by the Paediatrician.

This is not to suggest that there are no boundaries when it comes to accepting requests in Aboriginal communities, but rather that the boundaries are different. I have declined requests to assess serious medical presentations such as a woman with an acute abdomen (given that the usual practice of clinic nurse liaising with RFDS doctor was able to go ahead). But I have taken on the occasional request for assessing ear infections and rashes in communities with no permanent health staff. In cases where ongoing psychiatric intervention is not useful for the individual or the community, then it is appropriate to terminate one’s involvement otherwise the patient’s name will be continually placed on the list of patients to see.

The latter can sometimes be difficult as once seen by the service, the patient’s problems can be viewed as belonging to the service. This has occurred in cases of dementia which I had diagnosed but then had difficulty handing on to medical and geriatric services.

* Includes 16 patients with more than one primary diagnosis

While the numbers are too low for statistical analysis and there is some diagnostic doubt with some cases (see chapter on Diagnosis and Formulation), questions arise as to which cases are referred, which are not and why. My impressions from my work are as follows:

The reasons for this are unclear, but some suggest a low prevalence of neurotic disorders. Eastwell (15) theorises that ‘extreme permissiveness of Aboriginal mothering reduces the formation of infantile anxiety’ or that ‘anxiety states are projected to become a fear of sorcery’. But perhaps anxiety disorders are not seen by the community as needing ‘white fella help’ and that white people may be less able to pick up psychological distress in traditional Aboriginal people, as Cawte et al (7) describes in his study where white health staff underestimated psychological discomfort in Mornington Island Aborigines. Morice (2425) showed that the Pintubi and Luritja languages have words pertaining to various types of anxiety, panic and somatic symptoms of anxiety. 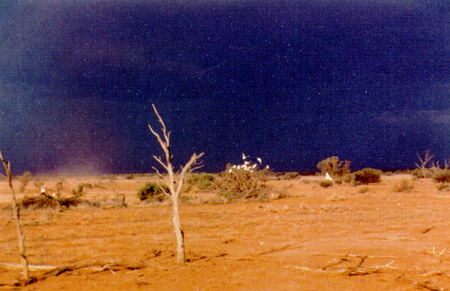 Can the referral process be improved? I suggest the following issues need consideration: