Bereavement, the breaking of taboos, ceremonial business, sexuality and fertility, and domestic habits are all potentially sensitive areas in the psychiatric interview in remote Aboriginal communities. The key for the clinician is to firstly be aware of the sensitivities and then to make the patient aware that you are cognisant of the sensitivities. Then seek permission to precede with the topic which is of sensitivity.

Bereavement, known as sorry business, is a very important part of Aboriginal culture. Funerals can involve entire communities, and the expression of grief can include self injury. The grieving relatives may live in a specially designated area, the sorry camp, for a period of time. The relatives may also cut off their hair or wear white pigment on their faces. The community refrains from using the name of the deceased, but can refer to him or her by the name Kwementyaye. People with the same name as the deceased should also be called Kwementyaye. Photographs or videos of the deceased have to be destroyed. It is important for the interviewer to realise that asking about the self injury (sorry cuts), or other physical manifestations of the grieving, will cause embarrassment. Mentioning the name of the deceased or asking ‘Who has died?’ will also cause distress – perhaps even a renewal of the wailing. 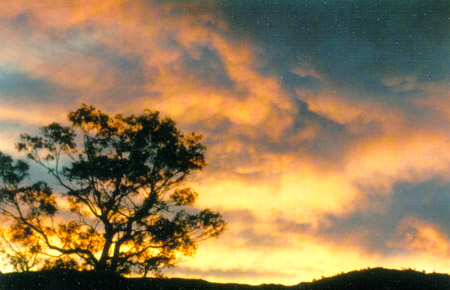 Reasons for the death are sought, and this may include sorcery or blaming another individual. Payback (usually through spearing the thigh) is common for the latter case. Consequently there may be anger, fear of payback, fear of further sorcery and so on in people during times of sorry business.

Complicated bereavement does not appear to be referred for psychiatric assessment very often. The single case of complicated bereavement referred was a woman with significant Western influence whose husband had suicided. Her grieving did not have the traditional rituals involved and she was helped by conventional Western grief counselling. For a more traditional person, the help of a Ngungkari would be important.

Ceremonial business for initiation of young males into manhood, and for handing down of gender specific songs and stories is a dominant part of cultural life. It is surrounded by very strict taboos. For instance an individual learning about the ceremonial business of the opposite gender can be punished by payback spearing. An Aboriginal individual travelling through areas where initiations are taking place can apparently be punished by death (at least that is the perception). Understandably an interview can come to a sudden halt when the issue of ceremonial business comes up, and the patient and family may fear breaking a taboo. What I have found very beneficial is to ask whether the sudden silence is about ceremonial business and if so ask how, or if, the interview should proceed. This results in a sense of relief in the patient and family, and improvement in rapport due to a sense of being understood. Usually if male business is to be discussed then females and children should leave the interview setting and vice versa.

Encroaching on any area that involves taboos or causes the patient to feel judged may result in shame. When shame occurs it can impede the interview process – the patient may get angry about being judged or feel very uncomfortable in the interview. I found it difficult to recognise shame, but found it best to anticipate it and to bring up the issue of shame with the patient before proceeding any further into the sensitive area, for example, ‘I’m not trying to shame you, but is it OK to talk about your worries about your wife?’ Similarly, if there is a block to progress in the interview, then it is useful to ask the patient if they are ‘shamed’ about something.

Sexuality and marital problems are areas which are likely to produce some shame. Ideally the interviewer should be the same gender as the patient when these issues are discussed, but even then permission needs to be sought before proceeding. Infertility in women is particularly sensitive, and when it occurs it is a devastating loss to the woman but she is likely to be too shameful to be able to discuss the problem. Similarly a ‘wrong skin marriage’ will be a source of shame to the whole family.

The only possible case of anxiety disorder referred to me was a young man recurrently presenting to a community clinic with panic attacks. During the assessment interview he was noticeably quiet and very avoident of eye contact. The interview was totally stalled until the remote mental health nurse, Andrew, asked him if he was shamed about anything. He then visibly loosened up and described how he was in hiding and had fled his home community for fear of payback relating to some sexual misdemeanour.

Questioning patients about their domestic habits can lead to resentment out of the sense of feeling judged. In one community some of the local women were demanding that the DMO be replaced. One of these women, a patient of mine, confided that the reason for the DMO’s unpopularity was that the DMO had asked her about how she cleaned the house, what she cooked and whether she was able to look after the children. Thus inquiries about domestic function, and activities of daily living (ADLs) need to be prefaced with an adequate explanation, for example, ‘I’m not trying to shame you but it will help me to understand your illness if you can tell me what it is like at home’.