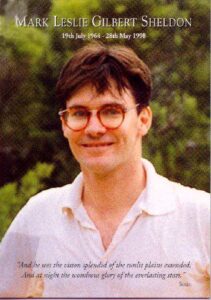 Mark did have some natural advantages, his love for the land which he shared with the Aboriginal people and his early education in the Northern
Territory.

Marks Full Dissertation, submitted for Fellowship of the Royal Australian and New Zealand College of Psychiatrists, has been Published on the AAMS Internet Site: